The Melvins were the first band I ever interviewed. This was from two places - first my old zine Marketing Ploy which I mentioned last time. The second source was KSJS - the San Jose State radio station where I was DJ-ing. I actually had an earlier opportunity to interview the Melvins about a year before at Club F/X in San Jose but our then music director sent me on a wild goose chase and I couldn't get into the club during sound check. Then I got so pissed off with the situation that I didn't even go to the show. Pisser that since I would've also seen Steel Pole Bathtub and Victims Family that night - which was a similar bill they did back in Fall of 1990 at UC-Santa Cruz. However, that school's bullshit "students only" policy stopped me from going to that show as well.

Flash forward to: Santa Clara, CA February 1993 and I'm very much into getting as many Melvins records as I can.  Granted, I got burned out on the band around late-1994 (also due to the dickish attitude of then-bassist Mark Detrum who I've heard has cooled down in recent years) when they did another interview with our station with my friend Gary. Anyway, they're still a very talented, original band that's stuck it out for a long time. And at least their stuff doesn't sound like Coldplay! Also, I have to thank them for being so cool to me then and for allowing me to ask a TON of questions! We were all just hanging out back stage after their sound check which was pretty incredible to see and sooooo rock n' roll. Especially to have your own "private show" with them jamming on "Night Goat" and a few other tunes. Here ya go: 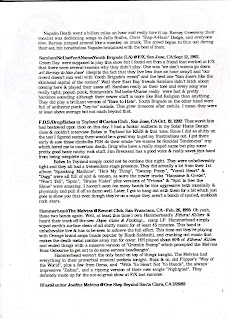 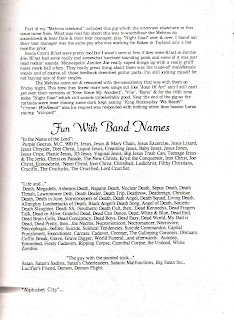 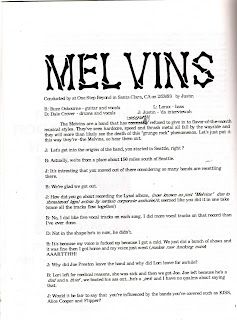 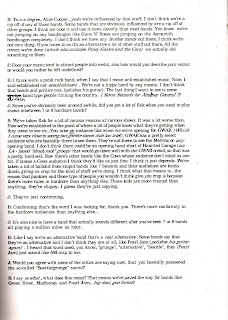 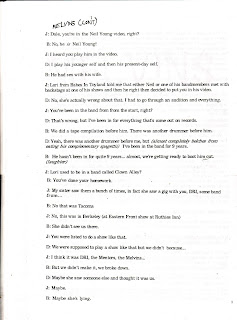 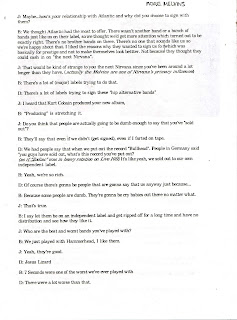 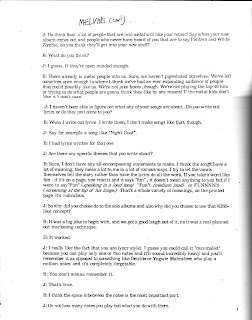 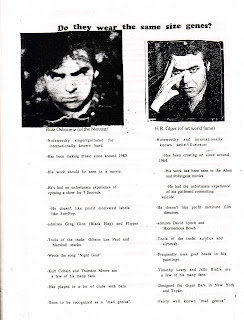 I had to split this up because the formatting was somehow fucking up the order of pages. Also, Photoshop was being an asshole. More uploads of this later...

Posted by Justin "Thunder" Lager at 1:27 AM No comments: