What do Metallica and the Spice Girls have in common?

"Tell me whatcha want what whatcha really want!" "Um...I just wanna have you listen to my feelings"

Sad but true? Indeed.
Posted by Justin "Thunder" Lager at 10:18 AM No comments:

Stryper – Soldiers Under Command (Enigma, 1985)
This is the second album from these “bumblebees for Christ”. Starting with the "Dokken meets Styx” title track which for what it is, ain’t bad. Stop laughing – it’s 1985 and some of you were not even born or "rockin'" to Mr. Mister on MTV. Where this gets shitty is in the next song, which like the first it starts with proper (albeit poppy & cheesy) hard rock then makes me feel like I can't do anything other than wanting kill when I hear the chorus of: “Jeessss-usss…king of king makes me want to sing”. Rock that stigmata motherfucker!

Next is the "Styx meets Poison" of “Together Forever” is a bit shaky if anything. Then…comes burning bush of musical shit: “First Love” even for (Odin forbid) Circa: 1985 pop metal” this is going WAYYYYY too low! A 100% sappy piano ballad with even sappier vocals. Almost making “Sister Christian” sound like Venom. Then “The Rock That Makes Me Roll” No, it’s not about his wife or girlfriend as his "rock/foundation" to rely on. Nor is it some abstract concept encompassed in “the rock (and roll)”. Yet again it’s…Jesus! Surprisingly not too bad for super-dorky cheesy metal from ’85 with the “typical of any metal” line of “stand up and fight…” I'm trying to give them a little credit here.

Side 2 is full of melodic choruses and more of the crap they did on side A. “Reach Out” is a sugary sweet mess. Catchy as a plague of frogs from the sky. The next song “(Waiting For) A Love That’s Real” is more bubblegum rock for the “water into wine” set. “I love you, I want you…but that won’t change the way I feel” The way you feel about playing this wretched song? Next up another sturdy, turdy ballad called “Together As One”. Suddenly they get back to rockin’ or something. What’s that: “Oh…Jesus Christ is the lover of your soul and he wants to give you every thing you need!” Really? Uh, how about a new apartment and $8000 bucks? Some primo hash? Helloo...Jesus are you there? Admittedly solos are passable and wouldn’t be out of place on some proper metal release. They close everything with a ‘cover’ of the “Battle Hymn of the Republic” a super shitty ‘American traditional’ (Aka: Another damn Christian song,us 'Mercians are supposed to "honor"). If you think this is shitty wait ‘til you hear the Manowar version. Both are dead even in the amount of SUCK they produce. 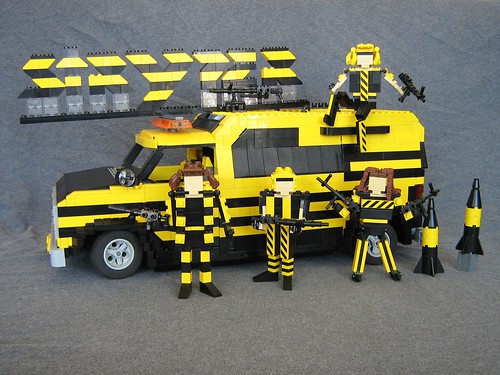 By the Hammer of Thor! I can’t believe I just reviewed a whole Stryper tape. Praise Cheesus that I had a fast forward button. It now rests it "holy soul" in the Palo Alto Goodwill.

How is this NOT on TV right now?

As for their bible throwing antics, I've been told of 3 different occasions where someone got a Bible violently thrown into their eye socket. "By his sharp cornered bibles ye shall be healed?" Here's what they look like now. Not so "strype-y".

Stryper used to have a giant 666 with the international sign for "no" over it on each side of the stage. The 777 concept is odd. Some people think it's lucky because of how many times the number 7 appears in the bible. Although this dude thinks otherwise. He says they're as bad as Steve Vai and even..."Mr...Crowley"

Well, I can't find an image of their anti-666 stage thingy but I bet they'd hate luchadore Damian 666. 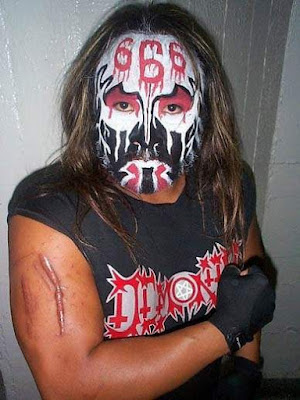 OK, I swear on a stack of flying Stryper bibles that I don't have any Bloodgood stories. Eh...except this:

(KZSU about 5 years ago)

Me: "Yeah there was this other Christian metal band in the 80's called 'Bloodgood'.

Me: Nah, I don't think there was a Bloodbad but yeah...they were really lame."

Hmmm...I wonder if people tried contact them through this guy?
Posted by Justin "Thunder" Lager at 10:16 PM No comments:


Last year on the "Day Of the Beast" I listened to KFJC's "Day of Doom" 24 hours of Doom Metal and...they threw in Slayer & Deicide near the end. This year the 7/7/07 sequence came up. Reminding me of a certain bunch of Jesus freak rockers in bumblebee suits.

For those of you that read the first issue of my zine "Stoner Wall" you might remember this exchange I once had with my "Born again Christian yet liked certain metal bands and later turned into a reggae listening, acid dropping hippy" friend, Danny:

The scene: early Fall 1984. Danny & I had just come back from record shopping in Berkeley. His mom was a judge for NCAA gymnastics. I had bought a new issue of Kerrang! and more importantly an Iron Maiden picture disc 12" of their new single "Two Minutes To Midnight". Danny bought a Stryper tape.

Danny (hands his mom the tape of Stryper): "Here mom, can you play this?"

Danny: "It's a band called Stryper, they're not one of those devil groups like Iron Maiden that (RagnarR's real name) listens to!"

Me: "Whaaaat!? Iron Maiden isn't a 'devil group' they had only one song about the devil!"

(Above: something "totally devil group-ish" via 'Maiden's "2 Minutes to Midnight")

Me: "Not even!...I've never seen a single photo of them with a cross! You don't even KNOW what you're TALKING about.

I had seen practically every photo of 'Maiden in the press and not one with them wore a cross rightside up or upside down. He was likely confusing Black Sabbath or even Slayer with 'Maiden. I figured he would've at least been able to know the difference.

Danny: "Whatever!" (cue wussy intro to "The Yellow and Black Attack") 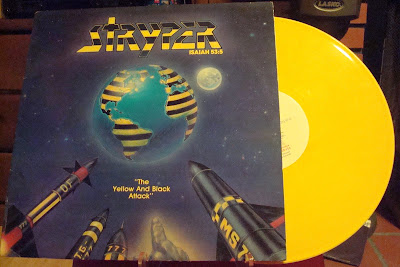 A few years later in my "I like everything that's hard rock and metal" phase (1986-early 87), I traded my friend Steve a Lizzy Borden LP for his Stryper "Soldiers Under Command" (on white vinyl, natch). A "crap for crap" trade looking back at it. Although I was socially awkward but I knew everything about METAL!...Or maybe not?

Their arch-nemesis The Killer Bees from the WWF


This news from a metal festival in Mexico with Slayer and Stryper on the same bill (!) is pretty weird.

If that wasn't enough, Scott Ian tells of Anthrax, Raven and Stryper playing together in Reseda, CA. Metal nerd note: technically Metallica and Stryper once played together. One of Metallica's earliest gigs in L.A. was with a band called Roxx Regime who a few years later became Stryper. Roxx Regime also had the "stripe schtik" and another soon to be famous big-haired dork named C.C. Deville.

ENDNOTES: Look at how Stryper's "holy missiles" are about to completely destroy earth yet Iron Maiden's "2 Minutes to Midnight" was a warning against nuclear war. I know whose side I'm on...
Posted by Justin "Thunder" Lager at 9:47 PM No comments:

I’m in the Top 50…of today's metal nerds

It’s pretty awesome you can do the questions by category (i.e. Black, Death, Thrash) or by Album, Song, Band Members. I did it for all categories except for gothic metal (which is neither). It's all multiple choice and you don't need a #2 pencil or scantron. Sometimes the questions are simple like "Who released Master of Puppets?" Whereas other times they ask you which Gorgoroth album did Frost of Satyricon play drums on. (In still have no clue, uh... "Antichrist"?, "Pentagram"? some other badly clichéd album title?). The 3rd game I played they asked a D.A.D. related question. Who? Look in the dollar bin next to D'molls and Dangerous Toys.

You got 1800 points.
With those points, you made some Top50-entries!

Your score can be found in the following entries: today's


My 1800 points was nowhere near the 3762 points that someone named Sad Wings got. Then again, he was “destined” to win, eh? Sad Wings + Destiny…? Hello?…Is this thing on?
Posted by Justin "Thunder" Lager at 8:17 PM No comments: