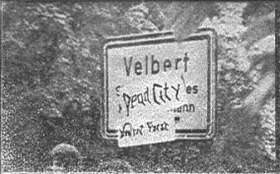 In the "stone age" before the internet, bands made demos. Here are a few I've checked out lately (via the internet, go figure). I'll add a few MP3s later.

I think it was one of the guys in Overkill who said that "Anthrax weren't a thrash metal band when they started they used to come out in leathers and do all these Accept/Judas Priest type of moves". This makes sense in understanding the bands evolution. Thrash Metal didn't appear out of thin air - it was a progression. It also makes sense that James Hetfield was in a band called Leather Charm before Metallica and Slayer wore striped t-shirts circa 1982 (Hell who DIDN'T?!). Here were have the weird bridge between what Anthrax was (confused sounding 'typical but good' 80's metal) and would become (a bad-ass group to make you go "Metal Thrashin' Mad").

This starts off with one of the tracks from that showed up on their debut LP a year later "Howling Furies". Neil Turbin seems to be singing at an even higher register than he did on the LP. He's a passable and workable vocalist. Although he doesn't seem to have that individual quality that made Joey Belladonna stand out so well. (That said I love their first LP). The next song "Hate" is really fast and filled with histronic vocals. Anthrax at this time seemed to write song pretty generic lyrics about "hell" and kids in trouble. This song is near classic but the solos come out of nowhere. The loose played solo worked for Slayer and Bathory but NOT for Anthrax. "Pestilent" or "Pestilence" (as some have it listed) is almost too ridiculous to believe. The riffs and bass are just fine but the vocals are WAY too high register and way too clichéd. See every half-assed band on Metal Massacres I-X.

If the high register weirdness threw you off - the weirdness continues with the "Dokken/early Motley Crüe" with hard-riffing" feel of "Satan's Wheels". The title of which seems to have nothing to do with the lyrics. One of the lines are "you're mind is hanging because it only goes as a far as ROCK N' ROLL"...Your parents are gone...and the ladies of the evening are your only friends." Sure was a long way from writing about the S.D.I. and getting caught in moshes. The instrumental "Across The River" (also later appearing on their debut LP) is done up with TONS of dive bombers and squirrelly "Maiden on speed" trickery. Interestingly this was their 4th of 5 demos before the "Soliders of Metal" single and eventually "Fistful of Metal".

This one's a bit odd because it's the 8th demo released by a band before their first LP. Many bands in the 80's took 2-3 demos before they got a deal with a label. (i.e. Metallica's "No Life 'Til Leather" and "Power Metal" demos leading to "Kill 'Em All" or Megadeth's " ) Holy Moses was/is (they still exist as of this writing) a German speed metal band with female vocals. The thing that makes H.M. stand out on this demo is raw, brutal vocals. By song #2 "Roadcrew" it's uncomprehensible-Sabina Clausen (if this actually IS her?) sounds like Lemmy after drinking about 8,000 liters of everclear and smoking about 9,000 cigs. On "Queen of Siam" and "Walpurguisnight" and "Burning Rest" she's more akin to Wendy O. Williams of the Plasmatics (who seems to be a influence judging by the outright inane snarl that Claussen possesses). The doomy to rockin' "Burning Rest" works pretty well but again Claussen is just too messed up in the vocal department. Not too audible and just sloppy. In all it's not a terrible demo but really too raw and hard to believe that this led to their signing. Hence giving way to their much tighter sound on their debut LP "Queen of Siam" later that year.

This is Katon De Pena's pre-Hirax band which is much more traditional/New Wave of British Heavy Metal styled than the crossover/thrash. This is much closer to the "poppy" side of Iron Maiden or a variety of melodic N.W.O.B.H.M. It's quality is pretty muddy with the tape fading in & out. Still there's a certain joy to Katon's reassuring "posi" vibe "People come and go...life goes on that's one thing we all know." This is underscored with a nice dual lead. I'm not sure of the line-up on this recording.

Mark II line up is Hirax before the fact:

Track 2 "She's A Man Killer" sounds like a LOT of hard rock/heavy metal bands from 1981-83. Really generic lyrics, cowbell, basic riffing but overall not bad considering the time. If YOU were alive in 1982-83 YOU would've been wearing a tiger-stripe shirt and checkboard Vans along with everyone else. The 3rd track is the most unbearable. "My Baby" - simple, traditional rock n' roll but still De Pena knows how to make even the worst songs sound like they have something to offer. "Y.B.D." is semi-fast with a long-ish countdown type of chorus. It's only 3:25 but it drags on for far too long. "Runnin'" closes things out with a tight riff and De Pena's classic vocals. This track should've been released as a 7". I'm sure if it was it would be a huge collector's item today.

Dirty hardcore/punk influenced speed metal from Germany. These kids were from a town north of Dusseldorf- Velbert. Velbert is up in the Mountains of the Berg region. I couldn't find any concrete info on the city of Velbert. Although the wikipedia says it's main manufacturing base is in "mostly metal based, typical products include locks, hinges, small tools, hoseclamp". Giving their proximity to the Ruhr Valley and their town's penchant for making metal (literally)...it's no doubt they were influenced by their surroundings and likely isolation.

Here we have 4 killer tracks in the vein of early VoiVod, Sodom, Exodus with a little Motorhead flavor in the bass (after all V.F.'s guitarist/vocalist was named Lemmie, yes with an 'ie' instead of 'y'). This is much more concised and avoids most of the redundancies that bands like Dark Angel and Vio-lence would make careers out of. The extreme tough riff on "Destructed Youth" launches into that 'typical' but brilliant Germano speed attack punctuated with phrasing of words like "Fea-ah", "Destructive Youth...De-structive Life...Drinks and drinks make me flyyy!" Unfortunately for V.F. they only did one LP "Malevolent Assault of Tomorrow" on Roadrunner in 1987. I don't know if it's ever been re-issued but this if this demo is indicative of the rest of their work...man, look out! You can check out an interview with these guys here
Posted by Justin "Thunder" Lager at 4:00 PM